The Photographer’s (Mini) Guide to Cappadocia

The Photographer’s (Mini) Guide to Cappadocia

Cappadocia is a semi-arid region in central Turkey that’s famous for its otherworldly scenery. Formed from the erosion of tuff (hardened volcanic ash) the landscape is a series of plateaus and deep valleys, with beautiful “fairy chimneys” and other strange rock formations. It’s a fabulous place for landscape photography and one of the best ways to take it in is from the basket of a hot air balloon…

Cappadocia is one of the best places in the world to go hot air ballooning – the landscape is truly stunning and the weather conditions are suitable for flying over 250 days of the year.  The balloons usually only fly at sunrise, when the wind is lower and the air is cool enough for them to get enough lift, which makes for an early start!  Here was my experience:

After begrudgingly getting up at 5 am we were quickly whisked away to a restaurant to pay for the flight and eat a bit of breakfast while everyone on our balloon was collected. Soon enough we were back in the minibuses and driving in convoy out along dirt roads to the takeoff area. It was still pitch black at this point, and all around there were flashes of coloured light as hundreds of balloons were being inflated. It was a bizarre experience and really felt like you were in a movie (think car chase scenes in Twister crossed with some kind of alien invasion film). Once we got to our balloon we had a few minutes to watch it being inflated.  I fired off a few quick shots, but as I was shooting handheld and quickly trying to adjust my settings only a few came out.

After an ungainly climb into the basket we were off… and as we rose out of the valley we soon realised that the whole sky was filled with balloons. The weather the day before hadn’t been good and flights were grounded, so there were 150 balloons in the sky that morning. To say it was spectacular is an understatement.

We drifted low down over the valleys for a while before climbing up to around 800 metres.  The only way I can describe the view was epic. The patterns in the landscape were fascinating and it was a (mostly) tranquil experience, with just the noise of the burner breaking the silence. The only annoyance was the couple next to us in the basket, who decided to film a video of themselves on their phone accompanied by R Kelly’s “I Believe I Can Fly”… the entire 5 minutes and 23 seconds of it.  You couldn’t make it up.

After an hour of spectacular views we descended back into the valley and landed with expert skill right on the trailer! The crew make a bit of a fuss of you at this point, and you get a certificate and some fizz to celebrate your flight, which isn’t normally my thing but was a pleasant end to the journey.

As for practical tips for photography – you’re going to be shooting handheld (even if you could fit a tripod in the basket it wouldn’t help) so you really need to ramp up your ISO to get sharp images. You’ll also want a wide-angle lens on at the start, then if you have one, a long lens when you get up higher so you can pick out details and patterns in the landscape.

If your budget doesn’t stretch to a balloon ride, the spectacle of all the balloons each morning is still worth photographing from the ground. Just head for any of the viewpoints around the town of Goreme. 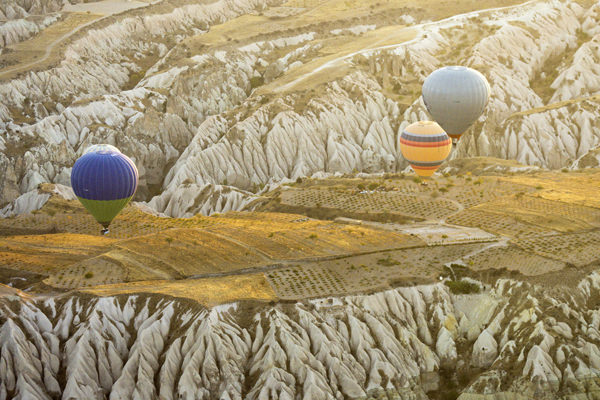 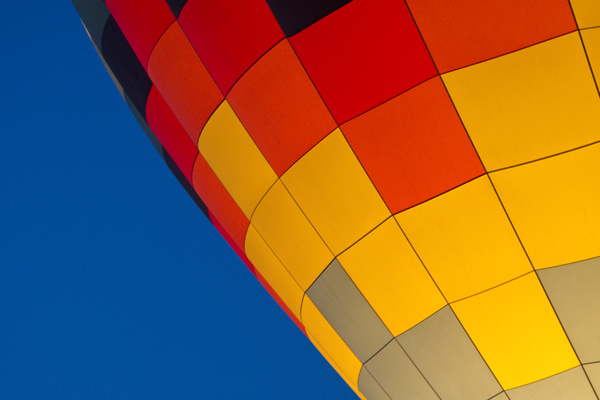 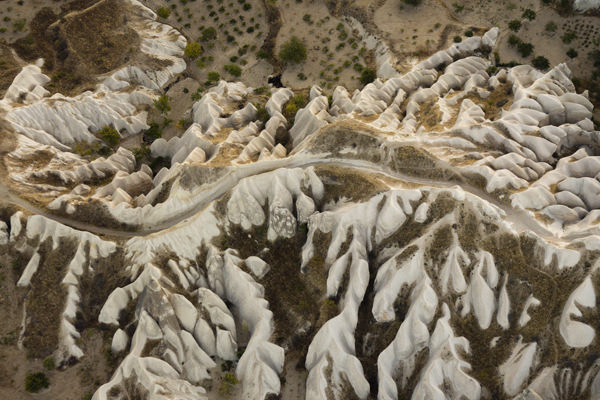 Here are my favourite locations:

If you’re a keen walker, this website has some great suggestions taking in some of the locations above.

You can pick up a walking map from hotels and tour operators, which is useful to get your bearings, even if you don’t plan to do any walking (I’ve included a copy of it in the gallery).  Be aware that it’s not the best map in the world though.  For example, Aktepe Hill is actually miles away from where it’s marked on the map – that spot is actually the Red Valley viewpoint (also known as “sunset point” or “panoramic point”, although there are lots of viewpoints with these names!).  The Love Valley viewpoint also isn’t on the map at all – it’s on the west rim of the valley near the letter “y” of “valley” and there’s a road to it from the north.

A word of warning – Cappadocia is very popular with tourists, although they are mostly concentrated around the main sights.  At all of the viewpoints you’ll find the usual trappings (cafes, souvenir shops and heart shaped swings for the Instagram-mad visitors to get that perfect selfie), but venture just a short walk away from any of them and you’ll find practically no-one. 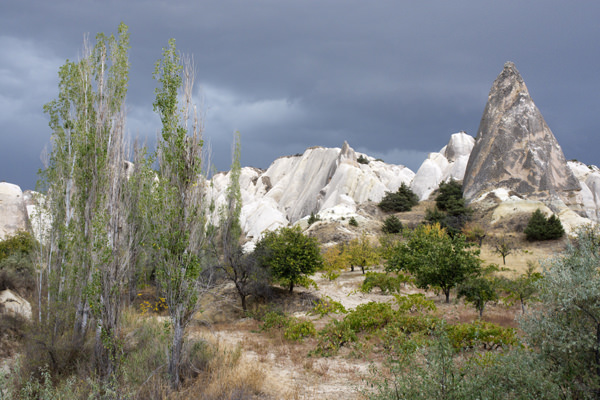 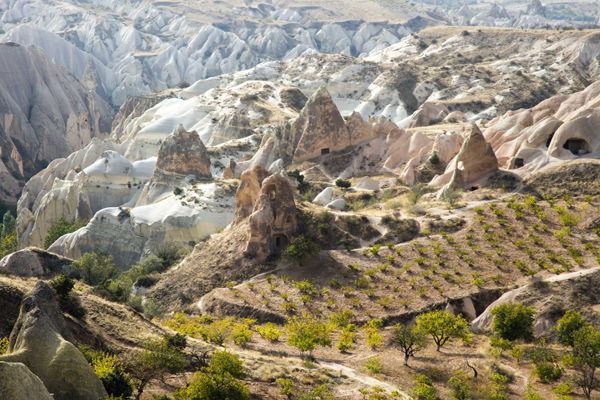 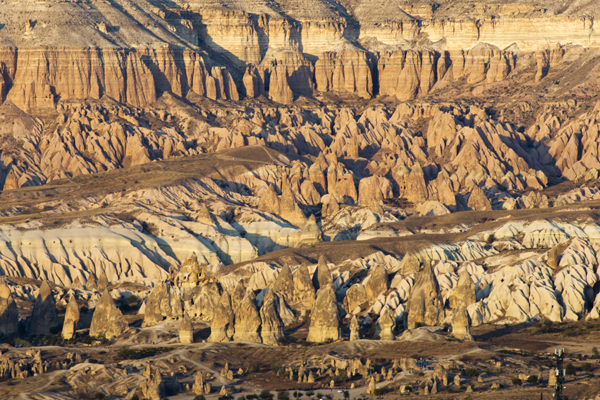 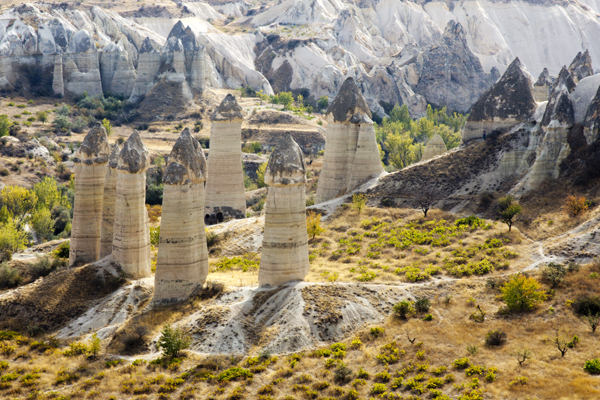 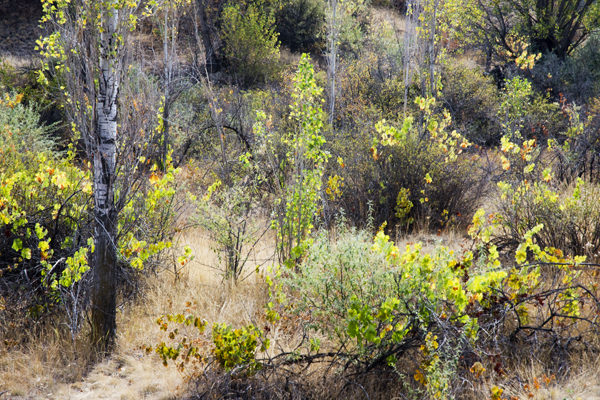 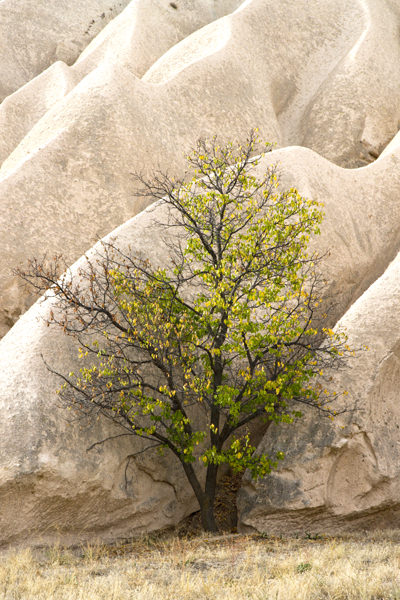 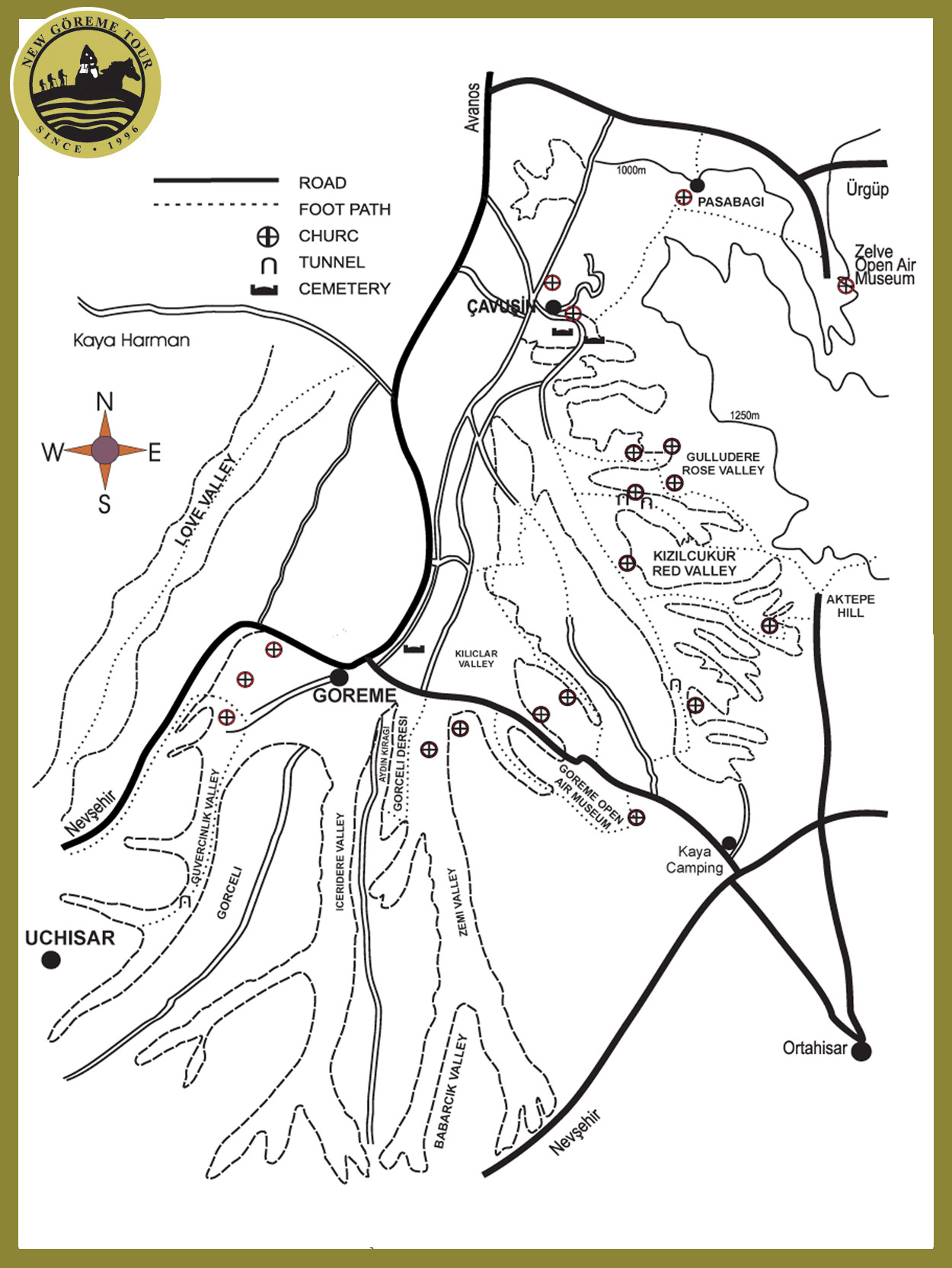 Getting there and accommodation

When to go and how long to spend there

Which balloon company to choose